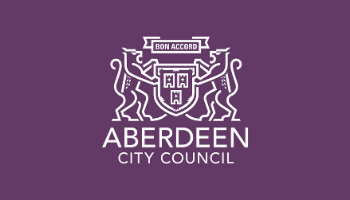 A two-week public consultation opened today (15 September) as part of a study looking at options for improving active travel and public transport connections on the A944 and A9119 between the city centre and Westhill.

The long list of options focuses on pedestrians, cyclists and bus travel and they were identified following a review of problems and opportunities in the study area and initial engagement with key stakeholders earlier this year.

The purpose of the study is to identify problems with the transport system and identifying options which could address the issues. The identified options will then be developed further in the next stage of the project.

Aberdeen City Council transport spokesperson Councillor Sandra Macdonald said: “This study links in with other policies and work including the Roads Hierarchy and the City Centre Masterplan.

“I’d urge people who use these routes or live near them to take part as the information gathered will be used alongside the stakeholder consultation results to shape the next stage.”

In addition to the main corridor, the study also looks at bus routeing within Westhill, Kingswells and between the A944 and A9119 within the city centre.

The study area includes the A944 Lang Stracht to Mounthooly roundabout down to the junction of Castle Street and Union Street, and also the A9119 south east along Skene Road, Queen’s Road, along Albyn Place to join Union Street as far as its junction with Castle Street.

The study is being carried out by Aberdeen City Council, Aberdeenshire Council and Nestrans through transport consultants Stantec.

The consultation which includes an online questionnaire and additional information about the study along with interactive maps is available at the website https://storymaps.arcgis.com/stories/46915353a5bd4d74a80a03c0ce42b6b9 and it closes on Friday 25 September.

There will be a further opportunity for comment on the study’s recommendations at a later date.