Think about the best way to do each journey - can you save money, get fitter, be sociable just by finding a different way of getting to work, school or the shops, or visiting your friends and family?

Getabout help to support a range of campaigns throughout the year - whether it's supporting national campaigns such as Walk to Work Month or the Sustrans Journey Challenge, right through to targeted local campaigns raising awareness and promoting travel options.

Some of our recent work

Partnering with Road Safety North East, our winter safety campaign focuses around a time when many of us travel in reduced daylight.

In addition to low sun and often poor weather conditions, the reduced visibility coupled with increased pedestrian volume and movement visiting city centre premises, means that sadly the number of pedestrian road safety collisions are at their highest during this period; increasing by 40% in November and staying heightened over December and January.

Though this is not a situation that is by any means unique to the North-east, Road Safety North East Scotland (RSNES) and Getabout joined forces to highlight the issue to residents over the winter months.

The safety campaign focused on Aberdeen City Centre, where the majority of these accidents occur, primarily around Union Street along with junction-based locations around Crown Street, Bridge Street and a concentration around Market Street and bordering roads. The majority of the accidents take place between 3pm and 7pm, with Thursdays, Fridays and Saturdays showing particular peaks.

Poor observations on both the part of pedestrians and drivers was the most common causation factor recorded in the collisions. 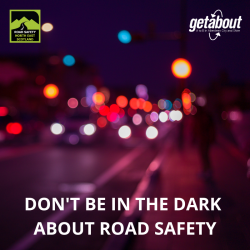 Whether you are off to shop for gifts, visit the Christmas market or celebrate with a night out; the festive period is a busy time for travel in Aberdeen City Centre.

Each year, Getabout help to promote Park & Ride services across the north east, encouraging people to consider using either bus or rail based services to get into the city centre, and therefore avoiding being stuck in traffic or busy car parks. 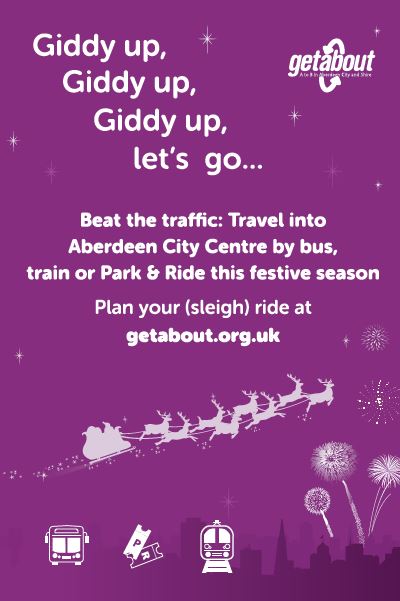